Schoolgirl Saba Hassouneh survives the massacre of her family only to be blamed, then banished into the barbaric French refugee camps. A legendary Bedouin freedom-fighter frees her at age eighteen. Bought with ten francs for her English language skills, Saba is reborn in the freedom-fighter’s nationalism, a dream that had been hers and her father’s, a dream that was the cornerstone of the revered American Revolution and fought against the same occupying power.

No longer defenseless, Saba renounces her failed academic solutions, seizing instead the outlaw life of bandit/rebel. Hers is a frightening, almost primal ferocity, and by age twenty-six, the bounties on her head are the highest yet offered by the English colonial armies, Zionist militias, and Islamic clerics. Six years into the revolt, Saba is now the Bedouin’s successor, the desert’s most feared Arab nationalist femme de guerre: The Raven.

Madmen again beat the drums for world war, an Armageddon of new weapons that will kill unprecedented millions. Unknown to Saba and her partisans, under their desert lies the oil for a singular, almost-mythical prize: 100-octane Aviation Gasoline.

To own this unproven, unstable witches brew, Europe’s demagogues, America’s tycoons, and the desert’s colonial masters will commit any crime necessary. Deep in the Dust Bowl of Oklahoma, Eddie Owen, a brilliant, twenty-six year old petroleum engineer holds their key. Eddie’s once “laughable” abstruse formulas and applications will soon be weaponized for the global bloodbath to come.

Caught in a web of unimaginable greed, mayhem, and personal blackmail, Eddie and Saba collide. Their attraction is immediate, their goals opposite; the betrayals that await them, epic. 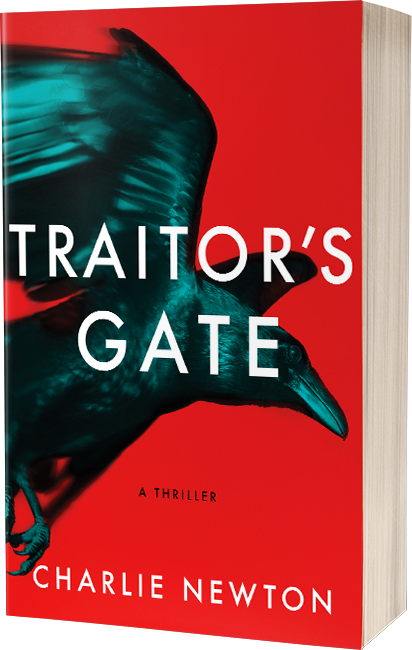