WWI rages. U.S. Marines storm Haiti’s Banque Nationale, loot $26 million in gold, then vanish. A century later, clues surface during the demolition of a Chicago racetrack, pointing to the Corazón Santo—the malevolent triangle of Havana, Kingston, and Port-au-Prince. Three fierce, vibrant women reunite to hunt the treasure, hoping it will buy their survival from past entanglements. They conscript a streetwise Chicago horseplayer’s help, then risk a return into the blood-drenched Caribbean jungle that has tried to kill them before. The uneasy partners are quickly swallowed in a terrifying labyrinth of shadow government and modern-day piracy where a final choice will be forced upon them: gold, survival, or redemption? 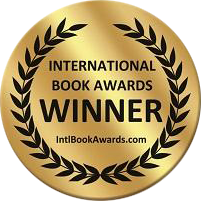 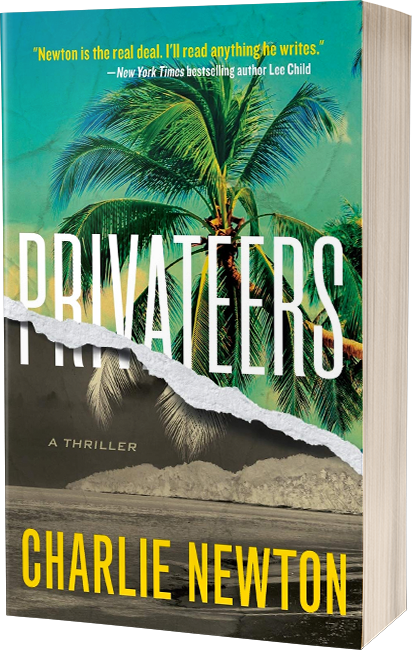 Privateers will grab you by the collar and won’t let you go until Charlie Newton gives the nod. Rarely have I read a book so absorbing, so sharply written, so filled with action that it thrusts you into the real world and makes you look hard at its beauty and its heartbreak.
—Jonathan Eig, New York Times bestselling author
A spellbinding tale of three strong women fighting to survive in the hunt for a lost treasure in the deadly swamps and jungles of the Corazon Santo, the holy heart of the Caribbean triangle between Cuba, Haiti, and Jamaica. Charlie Newton is a wordsmith extraordinaire who writes like a poet.
—Todd Merer, author of The Extraditionist
Privateers hits the ground running and builds to hurricane-level intensity. In the midst of this white-knuckle thriller, Newton shows how the West perpetuates many of the third-world evils it claims to want to cure.
—Andrew Diamond, award-winning author of Impala

Not a stone left unturned, nor a word wasted, or a dull page to be found. A wonderful story from a master storyteller.
—Steve Berry, New York Times bestselling author of the Cotton Malone series
I spent thirty years as a Chicago Homicide Detective, Gang Unit/Tactical Lieutenant, and undercover in Narcotics. I know and understand real fear intimately. Privateers made my heart pound like I was facing the real thing. Can still taste the blood in my mouth.
—Denny Banahan, author of Threshold of Pain and The Author of Dead Men
There’s a search for gold in the plot of Privateers, but the real gold is Newton’s writing. Riffs conjure Hunter Thompson or James Ellroy, but Newton owns them all. Words shimmer off Caribbean waters as the story dodges, feints, and streaks to the next turn.
—Kirk Russell, author of Dead Game